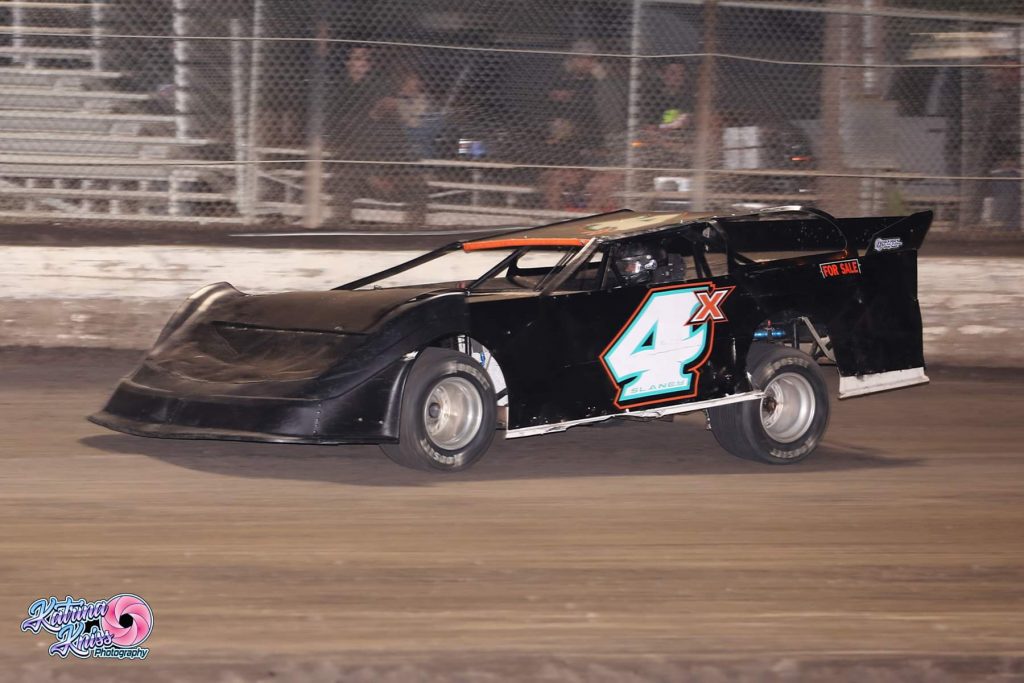 Racing resumes this Saturday night at Antioch Speedway, and it’s a night that will bring the speed. IMCA Modifieds are back in action, and we’ll also get our first look at the Xtreme Scaffolding Limited Late Model Series. Also competing will be the IMCA Sport Modifieds and the Super Stocks.

You get a sense when you watch the IMCA Modifieds that we could be in for a big surprise or a new winner on any given night. Last time out, Terry DeCarlo Jr led several laps before settling for a second-place finish. The second-generation racer is in his first full season in this class. He’s competed in both Super Stocks and Hobby Stocks in the past and won races in both divisions. Currently, he’s hot on the trail of his first IMCA Modified victory.

Terry’s younger brother Nick DeCarlo leads the standings by three markers over 2017 champion Bobby Motts Jr and six ahead of 2006 title winner Kellen Chadwick. Chadwick won the last time out, giving him two for the year. When Nick DeCarlo retired early in the last race, it bunched the standings that much closer. Trevor Clymens, and Terry DeCarlo Jr battle at the top of the rookie standings, 16 points out of the overall lead. Word has it that there could be a few surprise visitors this Saturday night.

Late Model racing is back at Antioch Speedway. The track had been maintaining a class for multiple seasons, but it was a mixture of open Late Models and drivers running the crate motors. They’ve gone with the crate package that they run at Placerville Speedway. Local racer Mike Slaney put together a series, sponsored by Xtreme Scaffolding of Martinez. It will offer a point fund for the top drivers at the end of the season, and they run multiple tracks. This will be their first Antioch visit of the season.

Last season, the drivers made three appearances as the plan was being formed for the new series. Wins were recorded by Jay Norton, Anthony Slaney and Dan Brown Jr. Slaney had an additional second-place finish. They’ve held two races so far with past Marysville and Placerville champion Matt Micheli and reigning Placerville champion Dan Jinkinson claiming the victories. There could be a dozen or so cars, some from the Bay Area and some from the Placerville area. Fans who enjoy the Late Model style of racing will definitely want to be in Antioch this weekend.

We talk about drivers coming close to victory in the IMCA Modifieds, but we also have drivers stepping up and making a big run in the IMCA Sport Modifieds. Though they didn’t get the wins, Nicholas Zapatero and Dylan Connelly both led several laps of the previous two Main Events, both won by 2019 champion Tommy Fraser. The battle at the top in this division is fierce, and it’s anybody’s guess how it’s all going to shake down by the time the season comes to an end.

Jacob Mallet Jr is hot on the trail of his first win of the season in Antioch, and he did get a win at Watsonville recently. Mallet has notched a pair of Top 5 finishes at Antioch, including a second and a third. Because of that success, he finds himself 11 points out of the lead in third, behind the consistent Andrew Pearce and Fred Ryland.

Pearce leads Ryland by three markers, despite the fact that Ryland has two wins and Pearce is still looking for his first of the season. Pearce has four Top 5 finishes to his credit. 2017 champion KC Keller is 20 points out of the lead and five ahead of past Super Stock title winner Mark Garner, who has come on strong of late

The Super Stock division has been given a reprieve to try to build its ranks again. In two races, reigning champion Jim Freethy finds himself leading Mike Walko by 16 points and Chad Hammer by 22. Freethy won the opener, but he settled for third at the next race, won by Ryan Smith out of Bakersfield. Management has put out a call to drivers with Super Stocks from other places to come out and visit, and there’s also an effort to get some of the local cars back together again.

Joey Ridgeway recently went to Petaluma and got a third-place finish. He is anticipated for this show as is Jimmy Robbins. Robbins has driven several different cars through the years and is a Figure 8 and Super Hobby Stock champion at the speedway. In his maiden appearance last time out, he won a close duel with Hammer to finish fourth in the Main Event. Jimmy is hopeful that the class can regrow its ranks.

The racing action is sure to be entertaining from start to finish this Saturday night. The grandstands will open at 4:00 pm with the first race firing off at 6:00 pm.

The CoCo Farms Antioch Speedway racing calendar has some great events lined up from now through the end of November. For further information, go to www.antiochspeedway.com. 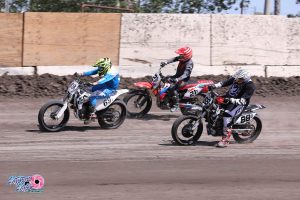 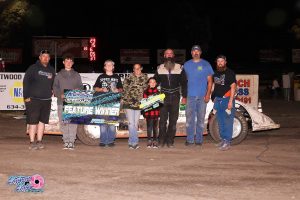 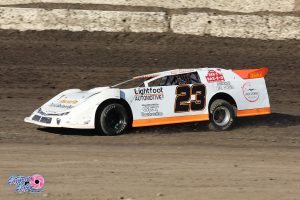 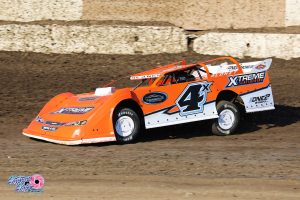