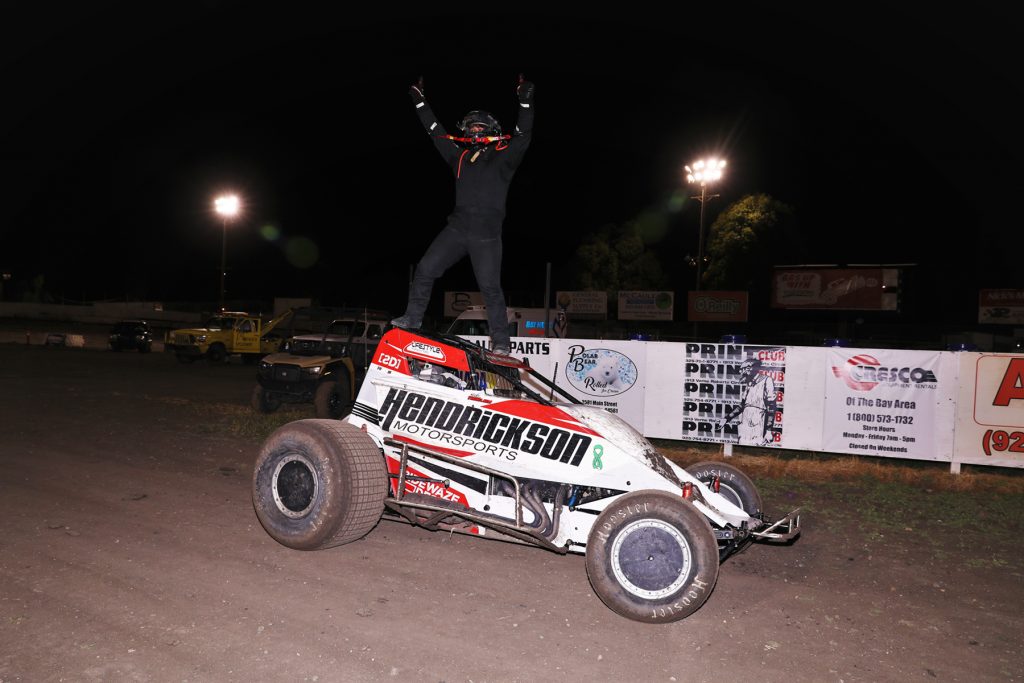 Zack Neeley scored the win in the 20-lap Wingless Spec Sprint Main Event Saturday night at Antioch Speedway. This was only his second-ever start in the John Hendrickson-owned car, and he had to withstand some serious pressure from Jacob Williams in the waning laps.

The race had multiple yellow flags before a lap was recorded, and two-time champion Dan Gonderman took the early lead ahead of Josh Gillis and Neeley. Neeley slipped into second on the fourth lap and made a Turn 2 pass on Gonderman for the lead a lap later. Jimmy Christian gained second with a Turn 4 pass on the sixth lap and set his sights on Neeley. Unfortunately, contact between Christian and Neeley on the front straightaway on Lap 8 left Christian with damage as the yellow flag waved. Neeley led Williams on the restart. A Lap 11 red flag waved after a tangle between Gonderman and Ethon Lanfri saw Lanni roll in Turn 4. Neeley continued to lead Williams and James East on the restart. Williams begin pressuring Neeley for the lead, and the duo went side by side on the 18th lap. Williams went low in Turn 4 as they worked the 19th lap. Williams appeared to make the winning pass, but a yellow flag waved for a Clint Motta spin in Turn 2. Neeley led the final restart and the remaining circuits to win ahead of Williams, East, Bernard and Gonderman.

NorCal Dwarf Car stat Michael “Spanky” Grenert won the 20 lap Delta Dwarf Car Main Event. Grenert had to battle point leader Danny Wagner to get the lead. David Rosa took the early lead, only to surrender it to a low pass in Turn 3 by Dan Geil on the second lap. David Michael Rosa moved into the second spot a lap later. Devan Kammermann settled into third and made a low pass in Turn 4 on lap five for second. However, there was contact on the backstretch between Kammermann and Geil on Lap 9, allowing Grenert and Wagner to race by for the first two positions. An outside pass on the front stretch on Lap 12 put Wagner into the lead, and David Michael Rosa lost a tire on the backstretch for a yellow flag moments later. Grenert made a big move on the restart that ended with him going low in Turn 4 to get the lead. It was close between the lead duo for a few laps, but Grenert would prevail at the checkered flag. Wagner settled for second ahead of Kammermann, Chance Russell, and Geil.

Sage Boardenave won the 20-lap WMR Midget Main Event. The race had a few mishaps and was a battle of attrition. Local star Bryant Bell took the early lead ahead of Boardenave and Brody Petrie. The red flag waved after two laps when Logan Mitchell flipped in Turn 2. Bell continued to lead Boardenave and Petrie on the restart, but another red flag fell when Tyler Dolacki flipped in Turn 4 on Lap 4. Bell led Boardenave and Petrie on the next restart. Multi-time champion David Prickett headed for the pits, and Bell was slowed when he hit a rut going through Turns 3 and 4 on Lap 10. A lap later, Boardenave made a Turn 4 pass to get the lead with Petrie following into second. Bell ended up pitting, and Boardenave got the win ahead of Petrie, Kyle Hawse, Bell, and Prickett.

Tom Brown won the 20-lap Mini Stock Main Event. The reigning Antioch and Petaluma champion settled into an early second behind the Dana Gardner, but a high pass in Turn 4 of the fifth lap gained Brown the lead. Brown pulled away a little bit on Gardner, leaving Shan Titman and Dan Abitz to battle for the third position. Abitz slowed on the backstretch on the 10th lap and would get lapped a couple of laps later. Brown was never really challenged after getting the lead and he won ahead of Gardner, Titman, Abitz, and Laina Bales.

When five Pacific Coast General Engineering Hobby Stock drivers came out to do some practice laps, track officials elected to give them an exhibition race. Jason Robles won that 10 lapper. Robles led from the start ahead of Danny Aves and reigning champion Larry McKinzie Jr. Aves and McKinzie had a side-by-side battle for several laps before McKinzie gained second on Lap 6. Robles won ahead of McKinzie, Aves, Michael Mates, and Angela Brown.

Next up on the CoCo Farms Calendar will be the Wingless Spec Sprints next Saturday night. Joining them will be the IMCA Sport Modifieds, Pacific Coast General Engineering Hobby Stocks, and Delta Dwarf Cars. For further information, go to www.antiochspeedway.com. 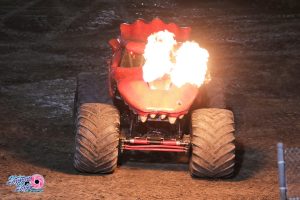 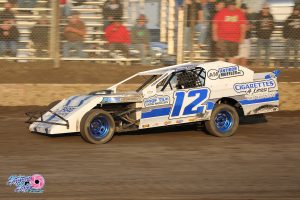